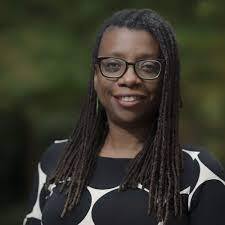 Although Career Launch was founded in 2018, the substance and origins of our programs were founded during Sean O'Keefe’s undergraduate years. Sean is the first person on his mom’s side of the family to get a certificate or college degree, and his dad was the first person in his family to go to a four-year college after transferring from a community college. Sean attended Diablo Valley Community College and he transferred to University of California, Santa Barbara. With the advice of a professor, he began using the “Student Card” to proactively and strategically create social capital from scratch. These efforts enabled him to tap into the hidden job and internship market and earn three highly competitive internships and then a job upon graduation — despite not having pre-existing connections in his desired industry or having the best grades.
Feeling fortunate and grateful, at the age of 29, Sean began paying it forward by teaching as an adjunct professor at Santa Clara University in 2010.  Due to his methods helping students land the internships and jobs they wanted in the hidden job market, in 2016, Sean was asked to design and teach a class for students in the university’s first-generation student program. The results were remarkable and Dr. Erin Kimura-Walsh, Director of the First-Generation Student Program, urged Sean to create Career Launch.

In 2018, the Career Launch social enterprise was born. Marieli Rubio is one the thousands of students to  implement the Career Launch Method. As a sophomore Civil Engineering first-generation student, she followed the method, built professional relationships from scratch, and earned a paid civil engineering internship after her sophomore year. The internship was never posted online; she accessed it by proactively tapping into the hidden job and internship market. The internship was a great experience that boosted Marieli's self-confidence and propelled her to receive multiple internship offers and then multiple job offers prior to graduation. Two of the offers were from Career Launch: first an internship and then a full-time position to become a Partner and Director of Impact.

During spring and fall of 2019, Sean and Marieli were invited to speak at conferences and provide keynotes to share about their methods, frameworks, programs, partnerships and success stories. During one of these conferences Sean met Dr. La'Tonya Rease Miles who subsequently became an early stage advisor. Then, in summer 2019, Career Launch received encouragement and funding from Santa Clara University to scale their impact.  In late 2020, The Career Leadership Collective teamed up with Career Launch to help more colleges amplify their efforts and impact more students.
Career Launch is proud to have partnerships with 2-year and 4-year colleges, public and private universities, non-profit organizations, high schools, high school districts, county offices of education, and government agencies.

Sean O'Keefe is the Founder and a Partner at Career Launch and an award winning professor of career development courses at Santa Clara University.
Sean is an innovative and service-oriented leader and teacher.  He has expertise on the confluence of student employment outcomes, career education, how to teach cold & warm networking, frictionless micro-learning, career development partnership programs, scaffolded teaching, and how to embed high-impact career education practices into course curricula and co-curricular programming.
Sean speaks, trains, and consults for colleges, universities, high schools, and career education nonprofits and government agencies. Sean’s reputation as a speaker is built on his openness to be vulnerable and communicate authentically. He loves to share both researched-back data and evidence-based success stories of our partners. He is a thought-leader with the uncommon ability to both inspire organizations and audiences and provide them with practical takeaway strategies.
Sean teamed up with his colleague, Professor Barry Posner, a researcher and best-selling author of The Leadership Challenge and The Student Leadership Challenge, to conduct research titled "Networking & Career Readiness of College Students: A Nationwide Survey."  NACE and the Career Leadership Collective recognized the research as the first of its kind and NACE published the data in their quarterly journal. Due to Sean's success in the classroom, his research, Career Launch's growing list of partnerships, he received several offers to publish Launch Your Career: How ANY Student Can Create Relationships with Professionals and Land the Internships and Jobs They Want.
Sean has a BA in Communication from the University of California at Santa Barbara, and a MBA from Santa Clara University.  Sean enjoyed 14 years in business prior to his switch into higher education. His first job out of college was in the business development department for the Oakland A's baseball team. Then, he spent seven years as Vice President for Shamrock Office Solutions. During college, Sean earned internships with the San Francisco 49ers, Oakland A's, and San Francisco Giants — without having any connections or the best grades. Sean lives in Northern California with his wife, whom he met in the third grade, and their two children.

Marieli Rubio is a Partner and Director of Impact for Career Launch. As a first-generation college student at Santa Clara University she was taught the Career Launch Method directly from Sean when she was a sophomore. Marieli immediately began to create a professional network from scratch. In doing so, she earned a competitive internship within a civil engineering division of a prominent construction company between her sophomore and junior year. Marieli reflects, “It was a life-changing experience, it opened my eyes to the realities of what I was learning in the classroom and it increased my self-confidence for my career going forward.”
In early 2019, Sean asked Marieli to co-present at the California Work Experience and Internships Association’s annual conference. It was a huge success. As a result of their talk, they were asked to give a keynote at an annual conference for California Community Colleges in June 2019. That led to many other opportunities for Marieli, including a Partnerships Coordinator position with Career Launch during Summer 2020. To no one’s surprise, she excelled in the partnerships role. The first partnership she coordinated was with UC San Diego.
Marieli is passionate about empowering students to start their career search early and overcome the barrier of not having professional relationships. She loves helping other colleges, universities, and career programs scale their impact in these areas.
In fall 2020, Marieli co-founded the “Virtual STEM for Latina Girls” Initiative at Third Street Community Center in San Jose to provide mentorship and workshops. She continues to be an advocate for minorities in the Science, Technology, Engineering, and Math fields.
Marieli earned a Civil Engineering degree from Santa Clara University. Outside of her social impact efforts, Marieli enjoys playing basketball, hiking, and traveling.

La'Tonya "LT" Rease Miles, Ph.D. is a Partner and Director of Scale and Support. A first-generation college graduate, LT has established two successful programs for first-generation college students—one at UCLA and the other at Loyola Marymount University—both recognized as First-gen Forward institutions. She regularly consults with institutions nationally concerning first-gen students and also has advised local high schools about developing programs on their campus. Finally, she established and manages a national Facebook group, "Empowering First Generation Students" and is the Chief Strategist for the "First Gen & Juice" brand.
Prior to this position, LT was Dean of Student Affairs at Menlo College, where she also spearheaded campus-wide initiatives that address student food insecurity and established resources for students who identify as "non-traditional," including commuters, parents/caregivers, and returning adults.
She earned a Ph.D. in American literature from UCLA; and her research interests include the hidden curriculum in higher education, narratives about the first-generation college experience, and the representation of first-generation students in popular culture. Her most recent publication explores the positive relationships between campus service workers and first-generation students. Further, LT is passionate about NBA basketball, college football, "The Flash" and “Friday Night Lights."

Stephen Torres is the Career Launch Director of Special Projects and is Career Launch Certified. He assists with content deployment, academic engagement, and the student experience. He's also an Industry Fellow and Faculty at the University of California, Berkeley, where he primarily teaches Entrepreneurship courses.
Stephen brings a background in both private sector and education to the Career Launch team. He's worked in consumer products, technology, renewable energy, startup ventures, and academia. Throughout all of his experience he's been first and foremost a teacher, and he loves to help students of all ages on fulfilling learning journeys.
Stephen earned his undergraduate degree at UC Berkeley, received his MBA from Cornell, and he is currently in Stanford's highly selective Masters of Science program for Learning, Design, and Technology.